Euromonitor International and Retail Asia have announced the launch of the 13th ‘Retail Asia Top 500 Retailers Ranking’, which ranks the top retailers from 14 key economies across Asia Pacific in terms of total sales, number of outlets, sales area and sales per square metres.

In 2015, the region’s top 500 retailers recorded total sales of US$964 billion, declining by five percent in current value terms due to the strong dollar. However, Chinese companies continued dominating the list, accounting for 33 percent of the ranking.

According to Euromonitor’s data, Asia Pacific continues to top the digital commerce in 2014 – 2015, with mobile retailing sales reaching US$200 billion, an increase of 113 percent.

“Asia became the leader in online and mobile commerce in 2013 – mobile retailing in the region is two and half times larger than that of North America, which is the second largest market for mobile retailing,” says Michelle Grant, Head of Retailing at Euromonitor International.

The ranking highlights the increasing demand for convenience in Asia, driven by urbanization, smaller households and an on-demand culture. The Philippines, Thailand, and Vietnam were the only countries to see all of their ranked retailers grow in 2015.

A complimentary copy of the report, with the Top 40 retailers in Asia Pacific 2015, is now available for download. 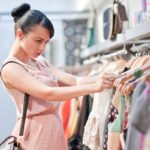 Shrink Visibility: The forensics of integrating item-level RFID and loss prevention
Next Article 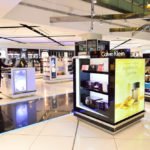 Duty-free retail expected to reach US$98 billion by 2019

In October, a group of Italian entrepreneurs in conjunction with international speakers have gathered in Parma (Italy) to discuss how to make sustaina…